1D to PC: That’s What makes Them Beautiful 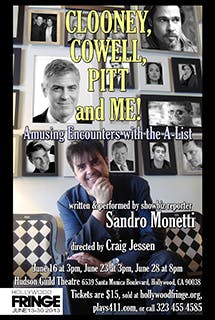 One of the pleasures and privileges of my job as an entertainment journalist is to get to meet all the big stars in showbiz. I’ve noticed that what unites them is a love of what they do…

Take, for example,  Petula Clark who I interviewed the other day. She’s been singing hits like Downtown for almost 50 years but still loves to see how her performing moves audiences.  So much so that she’s about to embark on a major new tour at the age of 80. Good for her. Still sounding and looking great by the way.

At the other end  of the showbiz age scale are boy band sensations One Direction and I am so pleased to see their movie, This Is Us, has become a big box office hit because having met the guys I can tell you they all have their feet on the ground despite their career hitting the heights and are a nice bunch who actually get along really well with each other – which certainly isn’t true of all groups.

1D were put together by Simon Cowell of course. Congrats to him on impending fatherhood and here’s hoping he can get his X Factor show to work as well as it has in the rest of the world. I know Simon plays up to that Mr Nasty image on judging panels but off screen he’s one of the nicest stars you could ever hope to meet.

I’ll be meeting many more stars at the Emmy Awards parties this month and these are always fun to attend – especially when seeing celebs as starstruck as the rest of us at meeting a favorite star for the first time. A lot of people imagine Hollywood is a big club where all the stars know each other but unless they have worked together on a project it’s not often the case and it’s only at awards shows and parties like this that they get the chance to get together.

If you want to get the inside scoop on your favorite stars and hear what they’re really like, then come along on my Celebrity Insider Movie Locations Tour with Tourific Escapes. It’s a unique look at Hollywood and I love guiding the tour as much as the stars I talk about love performing.