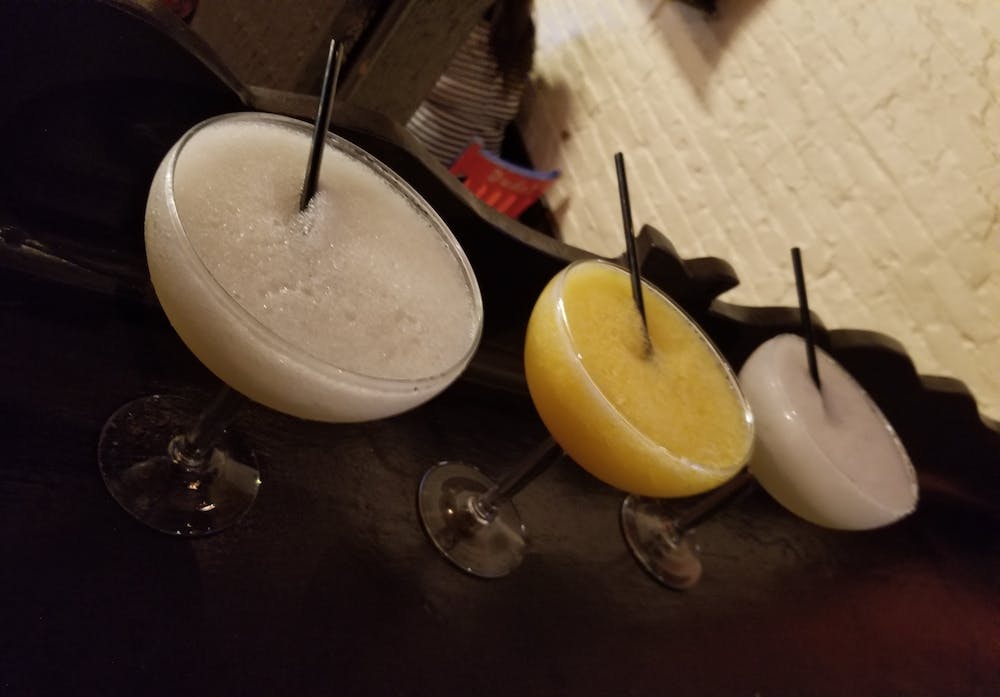 I was told once that Cinco de Mayo was just an excuse for a party, that the real celebration takes place on Mexican Independence Day, September 16.  But it’s true Cinco de Mayo has become a popular day to eat, drink and celebrate the arrival of the Fifth of May.  And really, here in Los Angeles, we get to indulge in amazing Mexican cuisine as often as we like with the many eateries dedicated to a variety of Mexican foods.  But for a little history lesson, the date of Cinco de Mayo is observed to commemorate the Mexican Army’s unlikely victory over the French Empire at the Battle of Puebla, on May 5, 1862, under the leadership of General Ignacio Zaragoza.

One special place to celebrate upcoming Cinco de Mayo is on Olvera Street, considered to be the birthplace of Los Angeles and is now a lively and colorful block-long Mexican marketplace.  I would say it’s going to be crowded but then again ALL Mexican eateries are going to be busy on Cindo de Mayo, which this years falls on a Saturday.  Two of my favorite restaurants on Olvera Street are the El Paseo Inn and Casa La Golondrina Café.  La Golondrina is considered to be the oldest Mexican restaurant in LA and is now housed in the oldest brick house.  The El Paseo Inn came along just a few years after, dating to 1930.  While you’re on Olvera Street you may want to stroll the many outdoor stalls and grab a churro (warning, the line will be long) at Mr. Churro.  Then take a peek inside the Avila Adobe which is the oldest standing residence in Los Angeles, built by Francisco Avila in 1818, and is open daily for free self-guided tours with docents available to answer your question.  There are also public restrooms in the Avila Adobe.

When I first moved to Los Angeles in 2001, Border Grill became my go-to spot for delicious Tex-Mex dishes, happy hours and out of town guests.  It helped that it was walking distance from my Santa Monica apartment.  Border Grill is still open but now I have to travel to Downtown Los Angeles or Las Vegas (or find a roving food truck) to enjoy the good food created by the Two Hot Tamales, Susan Feniger and Mary Sue Milliken.  I recently discovered Guisados, which not only has one of the best Horchata beverages in town but also makes a really nice taco sampler plate.  If you’ve never tried it, Horchata is a refreshing Mexican drink made with rice, milk, vanilla, and cinnamon, served over ice it is delicious!  Loqui in Culver City has perhaps the best tortillas I’ve ever eaten, running slightly ahead of Paco’s Tacos.
Then there is Loteria Grill whose first location is in the Original Farmer’s Market since 2002.  Their Hollywood Boulevard location is a tasting stop on our Hollywood Sites & Bites food tours and guests are treated to street tacos, sopes, fruity aguas frescas, chips & salsa and sometimes we play a round of Loteria!  Owner and Chef Jimmy Shaw grew up in Mexico City and named his restaurants after his favorite children’s game, which is similar to Bingo.  It is always a special occasion when Chef Jimmy is in the house and stops by to greet the guests.  The Loteria team told us Cinco de Mayo is their single busiest day of the year!

There are many, many places to enjoy good Mexican food in Los Angeles, this is just a start.  Oh and don’t forget that even sweet shops like Confection Co-op in Hollywood get into the act by making Key Lime Margarita cupcakes!  So good you can even taste the salt!