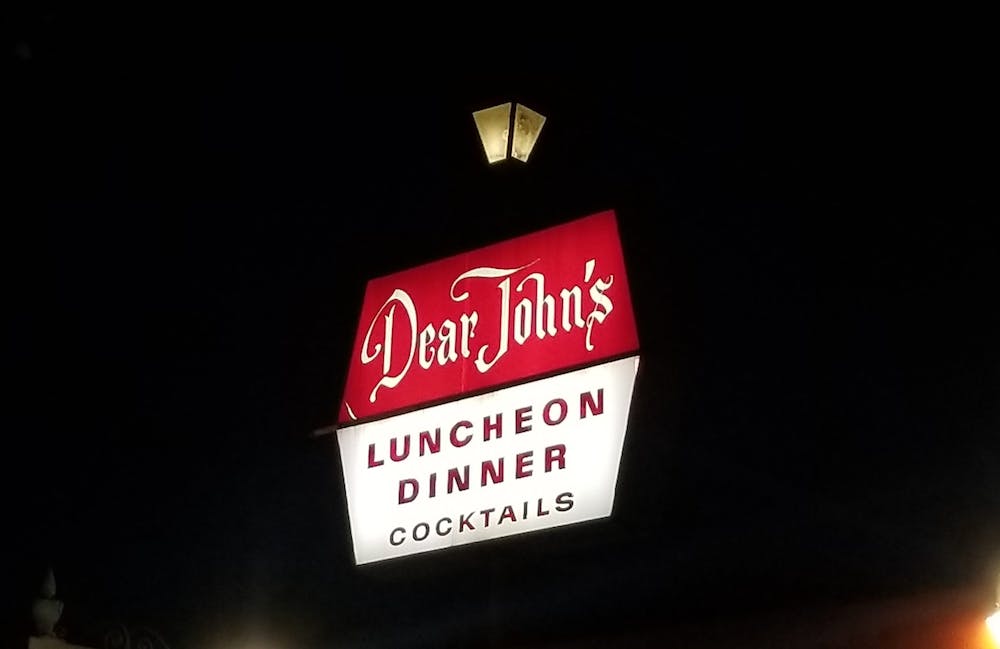 Dear John’s restaurant has been a familiar site in Culver City since 1962 when it opened as a steakhouse on Culver Boulevard down the street from then MGM, now Sony Pictures Studios.  Legend says that Frank Sinatra convinced actor pal Johnny Harlowe to open the restaurant and it became a popular watering hole for the Hollywood movie stars.  The dark-brick interior was decorated with photos of many famous “Johns” and Sinatra was often seen and heard playing the piano.  So you could say Dear John’s does have a “Rat Pack” connection.

I have driven by Dear John’s restaurant at the corner of Sepulveda and Culver Boulevard for years and as the saying goes “I always meant to have a meal there” but for one reason or another I never did.  Then to my dismay, it was announced in 2018 that Dear John’s was closing and re-opening under the name Lucky’s with a more casual bar menu.  I still didn’t pay a visit during that time, even just to soak up the ambiance.  But Lucky’s didn’t last long, and in early 2019 it was announced that the property had been sold to developers and the old familiar Dear John’s building would be torn down for a new development in 2021. 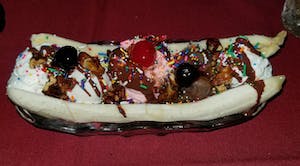 There was a lot of disappointment among the Los Angeles food scene until it was announced that two well-known local chefs would bring Dear John’s back-to-life for exactly two years until demolition time.  And those chefs would be renowned baker Hans Rockenwager and Michelin-starred Melisse owner Josiah Citrin.  Opening day for the new Dear John’s was April 15, 2019 and their two-year lease will terminate in April 2021.  Chefs Citrin and Rockenwagner brought back updated steakhouse classics and old school cocktails that pay tribute to the restaurant’s history.

Not one to have regrets especially when it comes to food, you’ll be pleased to know I got myself to Dear John’s for a dinner reservation thankfully before the whole Covid-19 shutdowns occurred.  My regular dining pal, Elisa with LA Woman Tours, and I loved the whole ambiance and the food too.  I spent way too much time in the ladies room taking photos of their movie star photo wall; as you can see there were a lot of photos of Marilyn Monroe! We each ordered our own entree, pictured here Chicken Parmesan, and shared the side dishes.  But then went our own way for dessert.  Pictured here is my banana split!  My photo did not turn out well, but it was fun watching the waiters prepare tableside Caesar salads for nearby diners.

In mid-March 2020 the effects of Covid-19 forced all restaurants to cease in-house dining.  So because their days with Dear John’s are limited (less than a year left now on their lease), the kitchen has begun offering something fun until they can reopen and welcome you back in.  And that comes in the form of old-school TV Dinners.  There are four different TV Dinner Meals available for pick-up.  The dinners come with heating instructions, traditional Caesar Salad and Cheesecake.  An example of one TV Dinner is a Salisbury steak with gravy, pureed potatoes, creamed spinach, peas and carrots.  Cocktails and wine are available for take-home too. Check out the Dear John’s website for ordering and pick-up instructions.  TV Dinners have never looked so good!