Dining in LA-My Best Bite of the Week: Buttermilk Pie 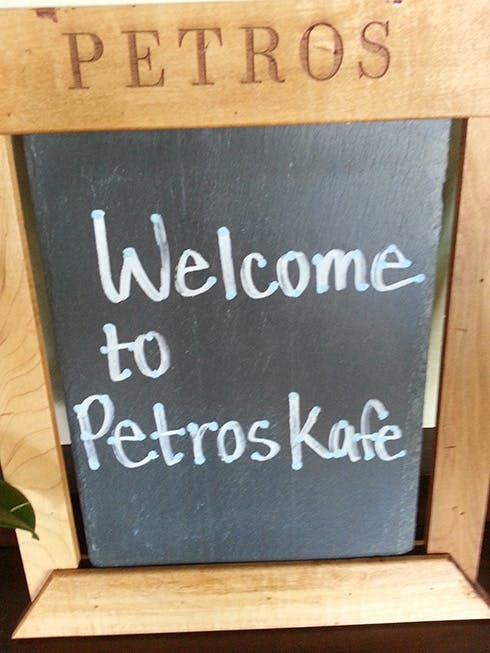 I have not spent a lot of time in the southern states but I just love a good pie, and buttermilk pie sounds delightful.  To celebrate her belated birthday, my friend S chose The Ladies Gunboat Society at Flores on Sawtelle Boulevard, which is sandwiched right in with the all the noodle shops and Japanese eateries known as Little Osaka.  This newly renamed restaurant originally opened as Flores in June 2013 and this past April re-launched in the same space under the name The Ladies Gunboat Society at Flores.  Make sense?  The chef at the new Ladies Gunboat Society is Brian Dunsmoor who hails from the highly regarded The Hart and the Hunter on Melrose.  I can’t seem to get to the Palihotel in West Hollywood to try this onsite restaurant, though it was named one of the best restaurants of 2013 by Los Angeles Magazine.  I’m going to get there one of these days.

When my friend suggested dinner at The Ladies Gunboat Society, I was all-in.  Closer to home, and a chance to try the southern cooking of Chefs Brian Dunsmoor and Dave McMillen.  We started off sharing a plate of grits with chanterelle mushrooms.  S likes grits so much she ordered Fish & Grits as her entree.  I however opted for the ham and lemon whipped ricotta served with grilled bread and arugula.  It made a very pretty plate, though not so easy to photograph.  The lemon ricotta was a nice contrast to the salty ham.  But it was really the pie that I want to tell you about.  Never one to pass on dessert, there were several tempting options, but we opted to keep the real Country Cookin’ going with an order of buttermilk pie.  It arrived topped with a beautiful (in color and flavor) homemade strawberry ice cream.  The custard-like pie had a melt-in-your-mouth quality and the cool, sweet strawberry ice cream was a perfect partner.  Originally from the UK, buttermilk pie has become a traditional pie of the southern states.  I was very happy it made its way onto the menu that evening (the menu changes often, sometimes daily) and I am declaring this Buttermilk Pie my best bite of the week!