Dining in LA-My Best Bite of the Week: Guava Sorbetto 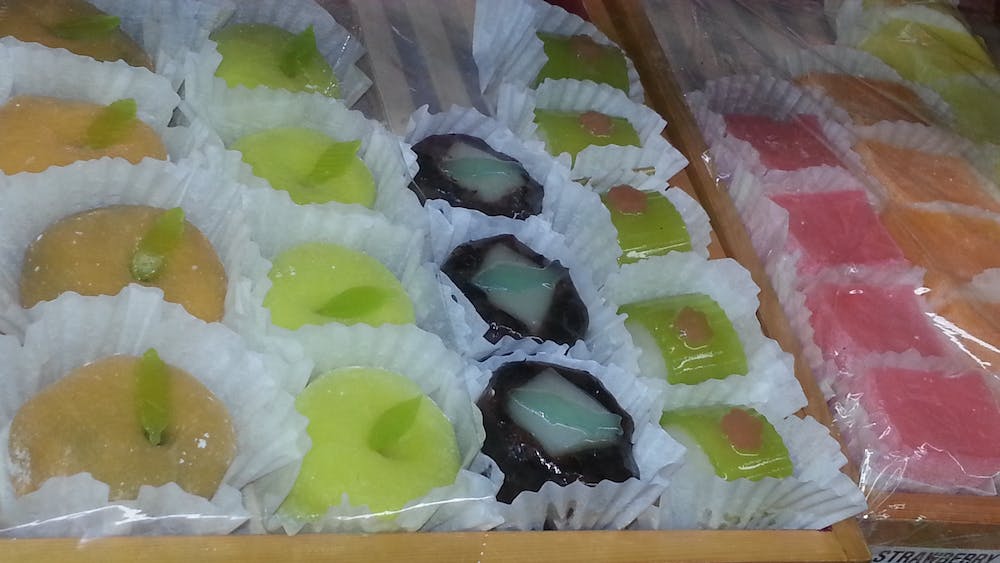 My best bite of the week pays semi-tribute to National Ice Cream Month in the form of sorbetto, the Italian version of sorbet.  Sorbet is a fruit-centered icy treat made without milk, cream or eggs.  The Italian version, called sorbetto, has more fruit and less water making for a softer texture.

I was recently invited to spend a day with TOURific customers Angela and Allen who wanted to share with me the joy of Din Tai Fung, the famed soup dumpling house in Arcadia.  Angela suggested we arrive at 11am when the doors open and so our feast began.   Dumplings were the highlight of our lunch with noodles, spicy beef soup, garlic green beans, cucumber slices and green tea rounding out the table.  We passed on the sweet menu because we headed to Little Tokyo in Downtown LA to do our own dessert tour.  The shops we planned to visit were mostly located in the Japanese Village Plaza:  Mikawaya for mochi ice cream, Yamazaki Bakery for soft bread, Café Dulce for their famed donuts, and just outside the Japanese Village Plaza was Fugetso-Do the family-run sweet shop in business since 1903.

We walked into the bakery and quickly purchased a few loaves of bread, then saw that the line for Café Dulce donuts was out the door so instead headed to Mikawaya for their mochi ice cream.   The sign pictured here highlight their most popular product, but it was the bins of ice cream items and not the mochi that grabbed my attention.  There were so many people waiting that I hesitated asking for my two allotted samples, but sample I did.  And then I took a chance on the beautiful pale pink Guava Sorbetto.  It was like a sweet burst to the taste buds, so fresh and flavorful.  In the Victorian era sorbetto was served as a palate cleanser between rich, heavy courses.  That makes perfect sense.   I could not get over just how refreshing this little cup of sorbetto was on a hot day after a big dumpling lunch.  I am declaring the Guava Sorbetto from Mikawaya as my best bite of the week!