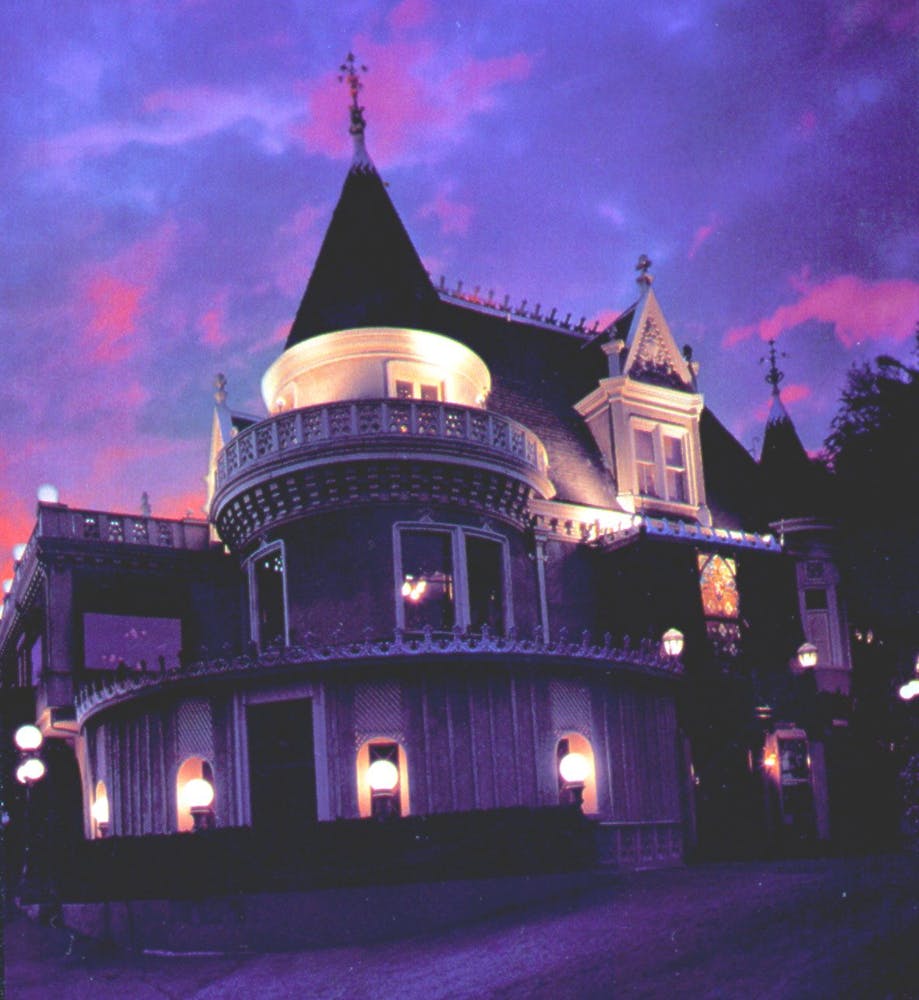 I couldn’t let Halloween pass by without a nod to Hollywood’s Magic Castle.  Recently I was lucky enough to spend an evening there with my Tour Guide consortium.   No photography was allowed inside this private club, and I obliged and just enjoyed being in the moment and the magic.  A bit of history:  The castle on Franklin Avenue just north of Hollywood Boulevard began as the Rollin B. Lane Mansion in 1908.  In 1963, Milt Larson and his brother Bill Jr. transformed the large Victorian residence into the Magic Castle as a tribute to their magician father who founded the Academy of Magical Arts & Sciences in Los Angeles in 1951.  So that makes 2013 the 50th Anniversary of the Magic Castle.

Initial membership was an intimate group of 150, and has grown to more than 5,000 member magicians with Neil Patrick Harris (Doogie Howser, M.D.) serving as the current president of the Academy of Magical Arts.  Being a private club means the only way to enjoy an evening (or brunch) there is to be invited by a member magician.  Luckily one of our tour guides has just such a friend, and scored three tables for our group.  We had a delicious dinner followed by magic shows in the various rooms of the castle.  Irma the Piano Playing Ghost was in fine form, playing tunes to the polite requests of the parlor guests.  There were lots of twists and turns and the castle’s hallways never seemed to end.  Spooky?  Not really.  But the resident ghosts did get a little out of hand when a 2011 fire erupted on October 31, cancelling the Halloween festivities that evening.

PS.  Here’s a helpful hint:   If you really want to experience the Magic Castle, on your next visit to Hollywood, book a night at the adjacent Magic Castle Hotel and their front desk staff will make sure you get reservations.  How nice!