TOURific Times with DiCaprio and Company 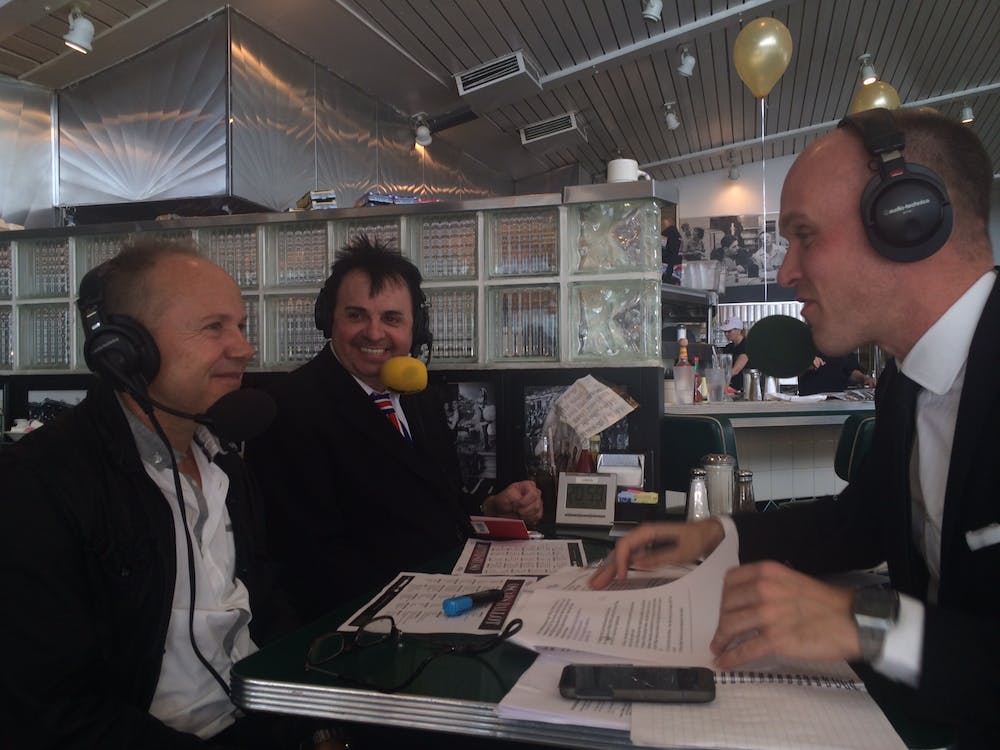 People sometimes say to me that my life in Hollywood must be an endless round of parties and award shows….and they’re completely correct in that assumption!

Every night for the last few weeks there’s been some kind of star studded, glamorous event I’ve been lucky enough to attend – and it’s been great sharing all the details with the guests on our Celebrity Insider Tour.

Like chatting with Leonardo Di Caprio at an event for BAFTA LA, of which I’m on the board of directors, and finding him to be smart, sweet, down to earth and super friendly.

Or reporting on the Oscars for Britain’s BBC radio where it was a thrill to be part of the team broadcasting the SuperBowl of showbiz events and conducting live interviews with many of the nominees and winners.

From the Oscars to the Toscars, the ceremony for short comedy films where the American Hustle parody I wrote and directed, called British Hustle, won two awards. Please watch it at this link: www.BritishHustle .com

Then I got my hands on a BAFTA Award – borrowed, as I didn’t win that one – at a fun party for nominees in the BAFTA Video Games Awards.

Finally, I was one of the presenters at  the Satellite Awards, honoring the best in film, TV and video games.

Talking of the best, thanks to everyone who has sent in such great reviews to Trip Advisor and other travel sites praising the Celebrity Insider Movie Locations Tour – much appreciated.  But where else do you get such inside scoop on Hollywood? Come aboard soon and I’ll tell you all about your favorite movie stars…

See you on tour,