Visit the Museum of Ice Cream in Los Angeles 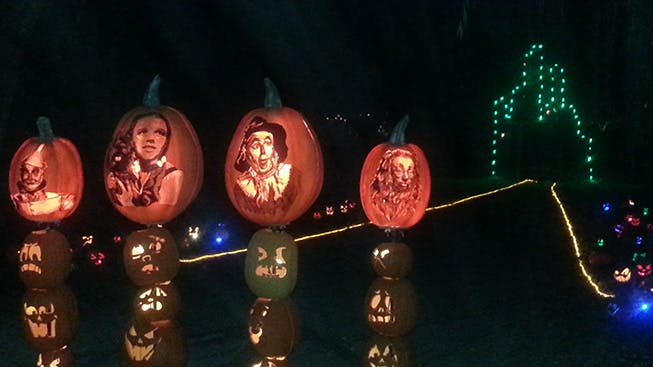 Yes a Museum of Ice Cream exists and it’s in Los Angeles now for a limited run through mid-July.  When I got notice several months ago that the Museum of Ice Cream would be in Los Angeles as a pop-up space, I knew I would need to buy tickets fast.  The first three days of ticket sales were for AMEX cardholders, so I bought tickets on the first day for general buyers and had no trouble getting my tickets for the first week they were open.  Though I since have talked to many disappointed ice cream fans who didn’t get tickets, even after the Museum of Ice Cream extended their stay by several weeks into mid-July.  But let me get to the good stuff.
My date was my husband Matt, my partner in our tour business, who is always a good sport about attending such foodie things with me.  The Museum of Ice Cream is housed in a temporary building in the Arts District and as we pulled up Matt noticed a bubble-gum pink building so right away knew we were in the right place.  There was street parking here and there but we opted for the paid parking lot for $3.00.  Tickets are sold in 30 minute increments and we arrived at 4:45 for our 5pm slot.  We stood in line with a group of mostly kids and realized we were probably going to be the only adults there without children…but really we are kids at heart.  Everyone loves ice cream!!
[image source_type=”attachment_id” source_value=”4785″ align=”center” fitMobile=”true” autoHeight=”true” lightbox=”true”]
We were invited in to the museum right on time, and everyone who greeted us was dressed in a shade of pale pink from their hats to shirts to pants.  Everyone looked like a strawberry ice cream cone which made us look forward to the tastings.  I won’t share every last detail in case you’ll be experiencing it for yourself but suffice to say we meandered through a series of rooms, each with it’s own theme and almost all rooms had a special ice cream tasting.  Tastings ranged from traditional scoops of ice cream to Japanese mochi ice cream balls to mini cones with scoops of cookie dough.
[image source_type=”attachment_id” source_value=”4786″ align=”center” fitMobile=”true” autoHeight=”true” lightbox=”true”]
The final tasting was perhaps the best, a scoop of vanilla ice cream sandwiched between two small buttermilk pancakes that were, by the way, colored pink!  Each room had special ice cream themed artwork and fun photo opportunities.  I especially loved the Hollywood theme with the Ice Cream Walk of Fame.  The whole space is very instagrammable!  At the end, there was a pool filled with real colored sprinkles.  It was full of kids and parents tossing sprinkles and having a blast, just like you might do in a ball pit at say a fast food restaurant or kid’s birthday party.  But the sprinkles were much smaller and of course edible, though you are warned not to eat them.
[image source_type=”attachment_id” source_value=”4787″ align=”center” autoHeight=”true” lightbox=”true”]
Our entire experience in the Museum of Ice Cream lasted approximately an hour.  When you exit the exhibits there’s a large room with a ping pong table, a swing resembling a neapolitan ice cream sandwich (great photo op) and of course a gift shop.  And lots of hyped-up kids running around after all that sugar.  Oh I forgot to mention the gummy bear room where we had to answer questions to earn our samples!  If the Museum of Ice Cream is on your calendar for the upcoming months, I hope you enjoy your time there and be sure to eat something savory in advance of your visit, or plan to have a meal in DTLA afterwards.  The Museum of Ice Cream is sure to delight ice cream fans of all ages!
By Trish Procetto
Tweet
Email this page to a friend. Email
Click here to visit previous post ← Previous Post Click here to visit next post Next Post →
Skip to toolbar