And the Winner Is… 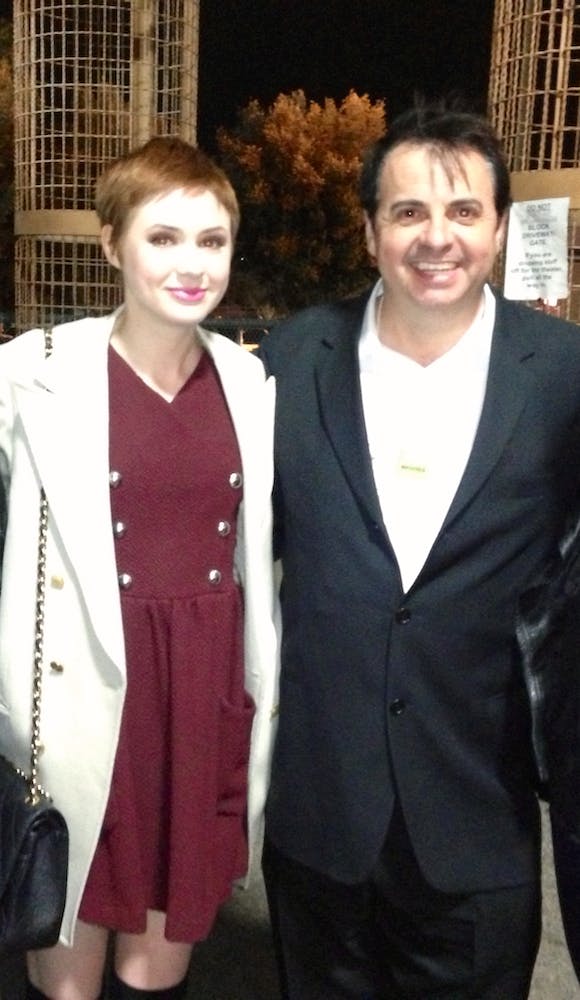 AND THE WINNER IS…By Sandro Monetti, Director and Guide of the Celebrity Insider Movie Locations Tour

It’s the most wonderful time of the year for movie fans – awards season!

The dresses, the speeches, the overlong ceremonies…I love it all.  The Oscars are just around the corner but before that it’s Britain’s BAFTA Film Awards – of special interest to me as I’m now on the board of directors of British Academy of Film and Television Arts – and also the International Press Academy’s Golden Satellite Awards, where I’ll be one of the presenters.

But the awards show I’m most looking forward to – and one at which I’m actually nominated as best writer and best director – is The Toscars. Held at Hollywood’s historic Egyptian Theatre on February 26, this ceremony honors the best short film parodies of Oscar nominated movies.  I’ve had great fun working on the parody of American Hustle, called British Hustle. You can watch the trailer for the 1970s set film here http://www.youtube.com/watch?v=81E_ruu9bEs  and here’s a picture of me in my cameo appearance in the film as director David O’Bustle. Learn more at The Toscars official website.

Something else I’m looking forward to this month is LA’s giant annual Doctor Who fan convention, Gallifrey One.  Such is the popularity of the BBC America sci-fi show that this three day convention sold out a year in advance. But I got my tickets and I’m looking forward to meeting many stars from my favorite series, which is always a thrill. Look who I bumped into just the other day in Hollywood – stunning former Doctor Who companion Karen ‘Amy Pond’ Gillan (pictured) who is now out in LA making movies.

You can see the locations where many classic and current movies were filmed by coming along on my Celebrity Insider Tour.  Learn more about it here in my interview from Luxury Travel Guide http://www.corporatelivewire.com/luxury/de-lifestyle.html?id=behind-the-scenes-of-Hollywood.  It’s almost a year since we started it – in the week of the 2013 Oscars actually – and I look forward to many more years of guiding this fun tour in the future. But for now, enjoy Hollywood’s season of awards – and wish me luck in winning one.

See you on tour,